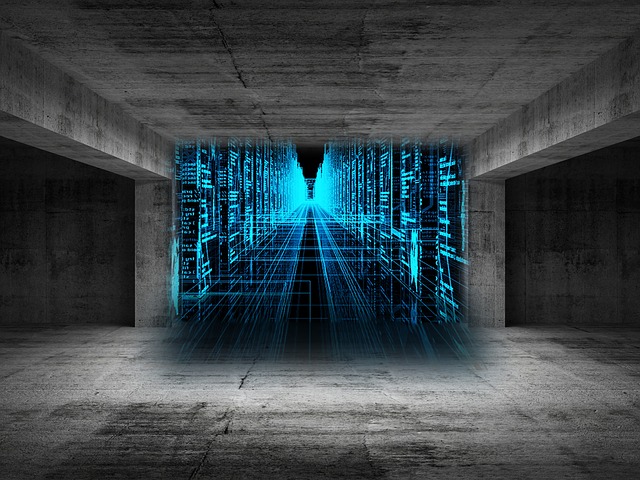 Welcome to 2018.  Every year we try to spot some trends that will influence or perhaps change our lives in the future.  Often, even incremental advances can lead to big changes over the course of time.  Here are our top five trends for advances that have the potential to change how we live our lives.

The physical foundation for invention is materials.  New innovations in materials enable the development of new products never thought possible.  Graphene is the material that will make many 21st century tech, medical and industrial innovations possible.   Graphene is a newly discovered carbon-based material that has unique properties at the atomic level.  The physical science behind it would take a while to describe but the possibilities for advancing technology are great.  Because of the atomic structure and strength of this material, it is a better conductor than copper, currently used in semiconductors.  In fact, at only one atom in depth, graphene is the fastest, smallest, strongest and lightest material yet discovered.

What are the potential uses of graphene?  This new material is being used in labs now to develop faster chips, more efficient solar panels, touch screens, OLED displays, computers, flash memories, medical devices and super-capacitors.  In addition to the super conducting properties, other graphene properties are impermeability and light weight leading to possibilities in the automotive and airline industries as well.  For example, an impermeable graphene hydrogen storage tank may very well hasten the development of hydrogen fueled cars.

Look for a dramatic and continuing expansion of the voice search market.  Cortana, Alexa, Siri and OK Google are the pioneers of voice search functionality.  This market is estimated by Goldman Sachs at about $100 Billion today growing to $150 Billion in 2018.

According to Activate via the Wall Street Journal, “High consumer usage of voice assistants in autos (51%) and household (39%) indicates increased comfort with the technology.”   Comfort with the technology and the speed at which information can be shared/retrieved are major drivers of this technology.  Humans can speak at 150 words per minute and type at 40 words per minute.  Do the math.  Voice search is booming and will expand in 2018 to watches, refrigerators, glasses, toasters and become a common transactional application further accelerating the growing transition to ecommerce.

Beginning of the End for Personal Automobiles

This trend will likely not be strongly noticed in 2018, but its roots are taking shape now.  Electric vehicles are getting better and cheaper with continued leaps in battery innovation.  Inexpensive ride sharing apps such as Lyft and Uber are growing globally.  When Electric Vehicles (EV) and Autonomous Vehicles (AV) come together we will see a tectonic shift in the transportation industry.   According to Uber and the Taxi industry, 75% of the cost associated with ride services is the driver.  As advances in Artificial Intelligence (AI) and Machine Learning bring us closer to the driverless car, the cost of providing ride services will decrease dramatically.  Add to that, the savings of using electric vehicles, as opposed to petrol engines, and the cost of these services will be down to pennies per mile.

Uber is already market testing autonomous vehicles in Arizona.  Imagine calling a car with your Uber App and a few minutes later the car shows up with no driver.  You get in, the car takes you to your destination and you get out.  All payment and navigation are accomplished through the app.  As this technology and service becomes a more advanced (ready for prime time), automobile transportation will be so simple and inexpensive that owning a car will become a hobby, not a necessity.

When clouds descend to sea level, we call it fog.  When centralised cloud computing comes to the edge, we call it Fog Computing.  Cloud architectures will see continued growth in 2018 with many new organisations taking advantage of cloud’s simplicity, high performance and scalability.  As the Internet of Things (IoT) continues to grow, further expansion in 2018 will see movement to Internet of Everything (IoE).  By the end of 2018 there will be over 21 billion smart connected devices in operation worldwide.  IoE relies on machine to machine communications, new data processes and different ways that humans communicate with all things in their world. Movement of computing and storage resources closer to the user will be critical to the success of IoE.   These new processes will decrease response times and work more efficiently in a Fog environment.

Wikipedia defines Fog Computing as using a collaborative multitude of end-user clients or near-user edge devices to carry out a substantial amount of storage (rather than stored primarily in cloud data centers), communication (rather than routed over the internet backbone), control, configuration, measurement and management (rather than controlled primarily by network gateways).  This solves some of the inherent issues with centralised storage in a cloud environment by keeping data and computing resources as close to the end user as possible.  In short, Fog Computing distributes storage and computing resources increasing response speed and reducing the potential for catastrophic centralised security breach or failure.

While Bots are not new, advances in Artificial Intelligence (AI) and the broad use of Bots in the political arena have brought this technology to the forefront of our everyday lives.  By way of definition, a bot is a software application that runs automated tasks such as an internet search engine.  A social bot is a type of bot that controls a social media account.  A social bot will take on the persona of a real user and spread through social media through shares, likes and follows.  The success of a social bot depends on its ability to convince social network users that they are a real person.

There are many productive uses for social bots.  Social media is increasingly used as a business tool to interact with prospects and customers. Social bots are being used to perform simple, repetitive tasks such as confirming ecommerce orders or notifying a customer that a shipment is on its way.  Facebook Messenger and WhatsApp are now processing over 60 billion messages per day.  Business interaction with Messenger accounts for over one billion messages per month doubling from 2016 to 2017.  In 2017, according to Facebook, more than 300 million people connected with a business over Messenger for the first time.

Social bots exploded on the political landscape in 2016 among accusations that foreign governments were using bot personas on social media to skew public opinion for or against candidates in the United States election.  The social use of bots has exploded globally in 2017 and will be the focus of much political and technical discourse in the coming years.  Regardless of your political views, the problem with bots in this arena is that fast-spreading social bots can make ideas and information seem more popular than they really are.  Look for conversation about control of devious and deceptive bots versus legitimate and helpful uses of this media.

The volume of data is growing exponentially

Data centre construction continues to evolve. The sheer volume of data that organisations are trying to push through the network has increased enormously in the last few years, as has demand for network speed and this will only increase further in 2018. That’s because organisations have witnessed a rapid evolution of business applications and systems as well as a shift toward more virtual and cloud computing at a time of ever-increasing threats to the network.

As a result, the network perimeter is fast disappearing as users become more mobile and organisations do more business in the cloud.  Additionally, stringent government and industry regulations, like GDPR require stricter data centre controls to ensure compliance. In this environment the need to observe all traffic, prevent malicious activity and ensure a high-performance network is critical.

Technical innovation is bringing to market new materials, new applications, new networks and even new visions of daily life.  We can expect ongoing changes in the way we work, live and communicate with each other.

Using Events to Promote Business Growth: Getting the Basics Right There are three primary aspects…

Dodge The Worst Headaches Your Business Building Can Bring If you are running a business,…