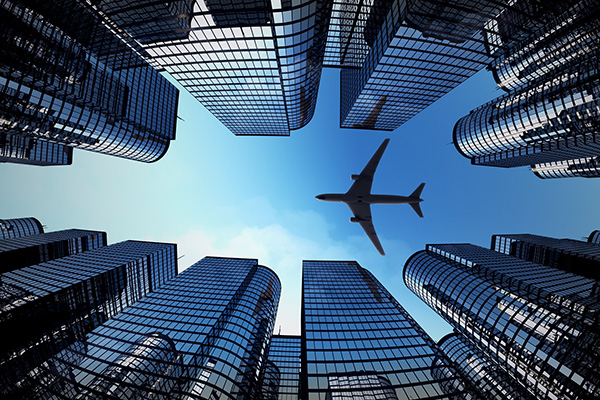 The air transport industry in 2017 was definitely a ride to remember: travel bans, laptop bans, a handful of bankruptcies, all at the backdrop of unprecedented financial results for airlines. In this end-of-year post, I’d like to go back to several events that made history. This list does not intend to be complete or objective, call it a personal reading, if you may.

The Asian market is growing stronger every year, all while Chinese banks are conquering the aircraft financing arena with waves of acquisitions. It is a game of giants like never seen before, with Avolon taking over CIT Group in April – a deal valued at $43 billion – being one of the many   milestones that Chinese investors have reached this year.

…in more than one way

Another important milestone – this time for the Chinese aerospace industry – was the maiden flight of COMAC C919 back in May. One can surely argue to what degree the aircraft is actually Chinese, with most of the crucial parts produced by Western companies. Despite that, putting a commercial jet in the air is an achievement only a few nations can boast about. COMAC still has a long way to go, but the whole world is already watching.

Too many bankruptcies to name

Air Berlin, Alitalia, Monarch, Niki… the list goes on. The bloodbath that was 2017 has put the spotlight on failing strategies and lost opportunities. 2018 will definitely see its victims as well, though hopefully wise executives will learn from others’ mistakes. Air Berlin and Alitalia could be called Etihad’s orphans, and this only shows that pumping billions into troubled carriers is not the wisest way to spend a company’s money.

It was hard to outcompete the Irish budget carrier – both in terms of profit margins and the number of headlines it made in 2017. Multiple cancellations and the “oops, we forgot to reschedule pilots’ holidays” crisis are just some examples of Ryanair being on everyone’s mind this year. Another important development is the recognition of trade unions – a thing the charismatic CEO Michael O’Leary said would not happen before hell froze.

Dubbed as the “deal of century”, Airbus benefited from the Boeing-Bombardier fight and acquired a majority share in the Canadian C Series jet program basically for free. A definite win for both Airbus and Bombardier, this deal shows the importance of taking leaps of faith. China – which was rumored to acquire the program if not Bombardier entirely – lost the perfect opportunity to defy the Airbus-Boeing duopoly.

All forecasts are speculative in their nature, and filled with such adjectives as “better”, “faster”, and “cheaper”. I’m not going to repeat the obvious, but I will say this: 2017 was interesting, but 2018 will blow our minds. Multiple disruptions are on their way, like blockchain integration in such fields as ticket compensation claims and booking. The low-cost model will continue its journey around the globe, touching Latin America and other new regions. The drone market will expand, perhaps with first forays into the commercial air travel space. Virtual reality is going to reshape the training industry. Believe it or not, we are already living in the future. And while some bemoan changes, we at Avia Solutions Group see ourselves riding the tidal waves. If you want to become a part of history with us, you’ll know where to find us.

The Customer Is King

Here Are Things to Consider... At some point, many people feel like they have had…