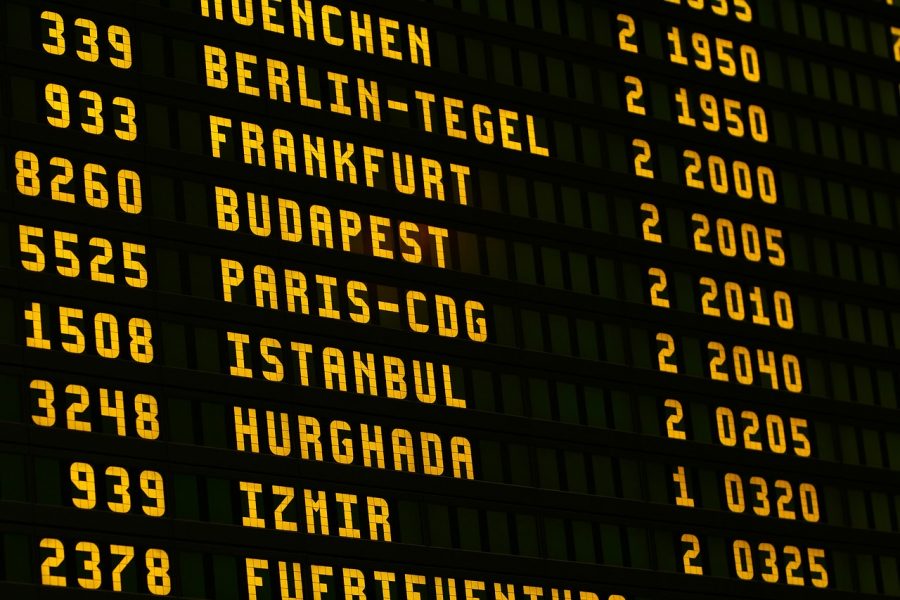 During the holidays, everyone just wants to relax and rest. But by letting our guards down, we become the top prey for scammers who make their living out of unsuspecting tourists across Europe. Here are the most common travel-related scams you’re likely to encounter, and hopefully can avoid.

It’s a popular scam among cab drivers near airports and train stations. After travelers get into a taxi and start the journey, the driver will inform them that the taxi meter is broken and then charge an outrageous price for a ride. Avoid that by checking whether the taxi meter is really broken, or take a smarter route – agree the final price ahead of the trip. If the taxi driver tells you that it’s cheaper without the meter, or refuses to turn the meter on, get out of the car and opt for another driver.

You can see this scam on virtually every tourist attraction in Europe. A friendly man or woman approaches a traveler and offers a free bracelet, flower or another lovely item. Once accepted, they will demand money for it. And if refused, the scammer will surely begin to cause a scene. You can easily avoid this by not allowing anyone to put anything on your body or in your hands. Don’t accept anything for free, unless there’s a good reason for it. Just decline politely and keep walking.

Most of airlines overbook their flights to increase their profits. Since there are a lot of people who constantly miss their flights, whether it’s intentional or unintentional, companies sell approx. 10% more tickets to the flight than they actually can. Because of this, it’s common that a flight gets overbooked and travelers that bought tickets way ahead of the flight are forced out of their flights, even if they were on-time.

“The big scam here is obviously the non-existing tickets. However, another comes just after the travelers are forced to leave the plane. Usually the airline will offer them a voucher for free food, a ticket for the next flight to their destination and maybe a coupon or a discount for their next flight. However, EU law obliges air carriers to pay travelers flight compensations of up to €600, and provide an alternative to their destination. Avoid this by stating your rights and demanding what’s rightfully yours,” Marius Stonkus, the CEO of flight compensation company Skycop advises.

Some approaches you while you’re at the ATM cash machine and offers some help. Sometimes they offer to translate the text on the screen, or insist they know the way to go around bank fees. In truth, they are trying to scan your card with the RFID card skimmer and watch you enter your PIN number so they can drain your account later. Avoid this by always making sure you’re not being watched while at the ATM, and always cover the number pad while entering your PIN.

A friendly local approaches a group of tourists and offers to take a photo. As they are preparing the shot for a next Instagram post, their new friend is long gone with that new, expensive camera. This one is hard to avoid, and needs a good read of the situation. Usually, when you want to take the photo, you are the one who’s asking. So, instead of accepting such offers, try asking these favors from other fellow tourists.

Nowadays getting access to public Wi-Fi might be really tough. Open networks are rare and we get really excited whenever we find one. However, hackers constantly set up open networks in touristy places, fishing for those Internet seekers and stealing their data as they connect to it. Avoid this by always asking hotel/restaurant/airport staff which Wi-Fi connection is the official one, especially when you see that tempting unlocked connection

The company that could have bought Google for under $1m Back in 1999, search engine…