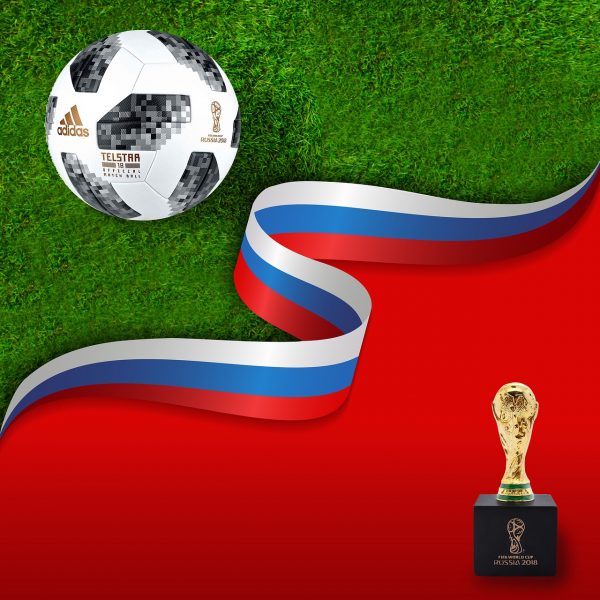 A month-long football fever is about to grip the world and put Russia in the spotlight. Politics aside, 64 dramatic matches accompanied by 2,4 million football fans will unfold at 12 different cities across the country and Russia is on a quest to prove its position as a trustful host for World Cup. While officials are eager to showcase the new, modern face of Russia, each fan is responsible to get familiar with the does and don’ts of the country. Knowing these 5 tips we collected will make sure that nothing goes awry during your stay in the 2018 FIFA World Cup.

Tourist visa is a must in Russia, yet for the World Cup the traditional visa issuing process has been substituted with Fan-ID. Using passport details and a ticket to register for your own Fan-ID through its website will allow an access to all of the stadiums, as well as permit your stay from 4th of June to 15th of July. Besides stadiums and border control, Fan-ID will serve as a ticket for free train travels between selected cities.

Bear in mind that it’s highly advised to carry your passport with you at all times, as failing to establish your identity at any given time might cause up to 3-hour detainment. Also, make sure your passport is valid for a minimum period of six months after the 25th of July – the expiry date of a Fan-ID.

8 out of TOP 10 federation’s airports will be assisting over 2,4 million football fans coming to watch the games. With tougher Schengen area border controls and booming passenger traffic, flight delays are on red alert. Consequently, staying wary of being overly confident with your airline is a must. This involves taking a few minutes to go over air passenger rights that will ensure you up to €600 compensation in case of a long delay, cancellation or overbooking, which is thought to be present during the hype of the World Cup. Despite burgeoning resentment of European airlines, besides pay outs, the EC 261 obliges carriers to provide meals, refreshments, phone calls and accommodation in cases of longer than 2 hour delays.

Once arrived, each tourist has to register within 24 hours of arriving. While this is done automatically by most of the hotels, fans staying in rental apartments will need to reach out to landlords to complete the registration.

We know that vacation imply loosening things up, but, just like within any country, Russia has its own list of don’ts every smart tourist should know. Flying drones without the right documentation or public displays of affection to your same-sex partner might just end up in a fine. Also, as racial profiling is a routine process of the Russian police, foreign-looking crowds might be asked to show IDs at any given moment. And lastly, even after frustrating match, you might want to put that cigarette down, for smoking is banned around stadiums and transport facilities.

Not in the mood for traditional Russian cuisine? Skip borscht, pelmeni and caviar – an international sports feast is in charge to organise the top notch experience including a great variety of meals and drinks to fit everyone’s tastes. However, note that tap water in Russia isn’t safe to drink and alcohol is banned in stadiums with shops selling alcoholic beverages from 8am to 11pm.

“World Cup is a chance for Russia to finally shatter the Soviet era stereotypes, however at the same time it is a tough one. With airline strikes roaring across Europe, World Cup is a fine target for worker’s unions. Millions of people from around the globe will pass major European hubs before arriving to Sheremetyevo or Pulkovo International. With the former opening a brand new 20 million passenger terminal just before the games, TOP Russian airports have also seen improved investments to fit the increased demand. Let’s hope that airlines are ready to take the weight of responsibility that the games put on their shoulders as well,” says Marius Stonkus, the CEO of flight compensation company Skycop.