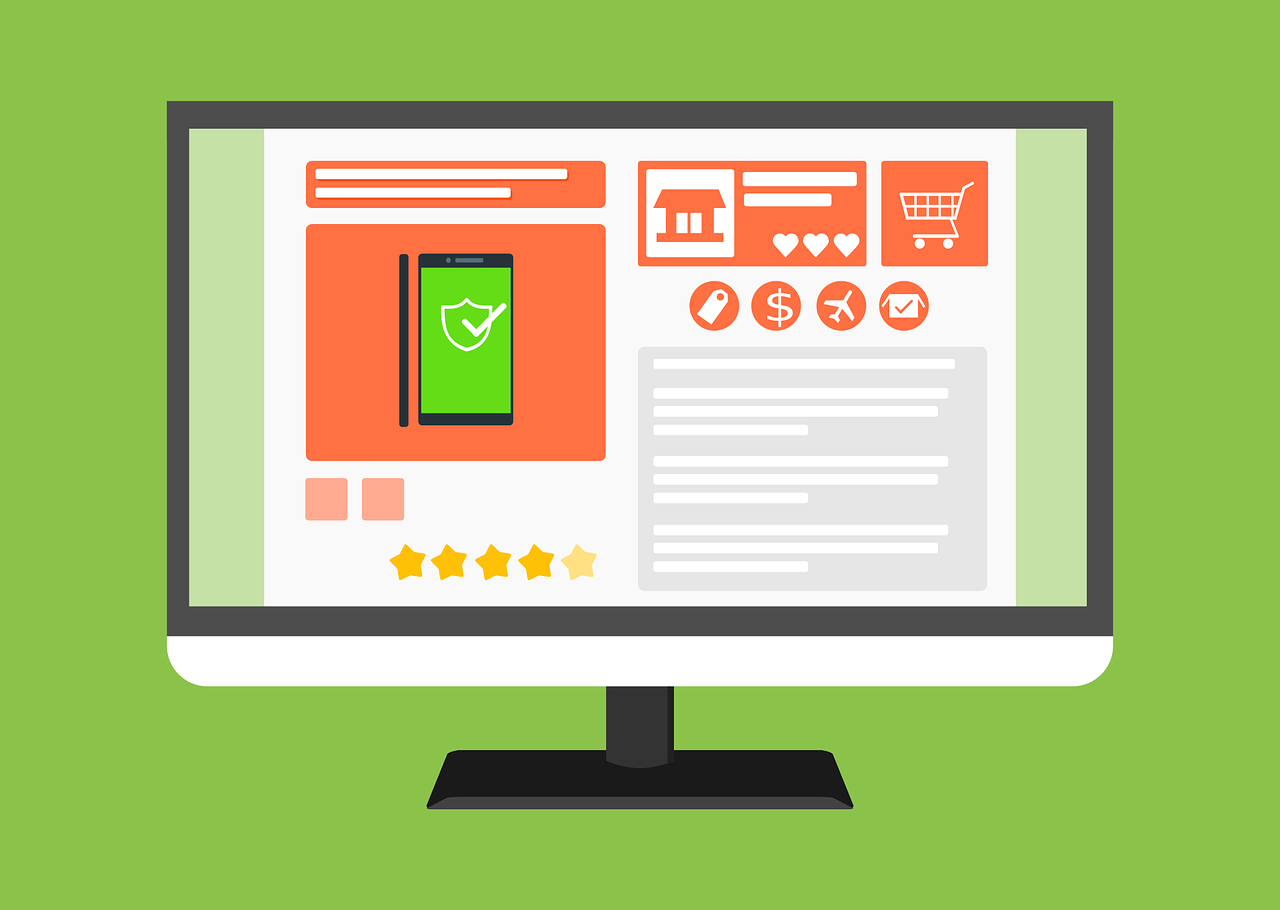 In today’s ever-changing retail climate, more and more shoppers are opting to purchase goods and services online rather than in physical stores, this shift in buyer behaviour is having a downward impact on bricks and mortar stores as companies struggle to compete with online retailers. While one could argue that the high street is dying, the eCommerce industry is booming, though it is not without its own challenges.

For the eCommerce businesses themselves, a market place filling with more competitors means that attracting shoppers to their sites and creating a truly unique brand experience is becoming more and more challenging. As consumers, our attention is becoming increasingly harder to capture, particularly when it comes to browsing the internet on the phone or the laptop, online businesses have less time than ever to actually captivate their audience.

This is where Augmented Reality (AR) comes in. When used correctly AR can create an effective campaign that really captivates an audience, as is evident from the runaway success of 2016’s Pokemon Go. People are enthusiastically embracing AR. Recent studies have shown how receptive consumers are to augmented reality and that it can actually encourage people to shop with them.

Khaos Control’s Managing Director, Mike Cockfield, looks at some of the ways in which eCommerce businesses can leverage AR for their stores, how it can attract customers to the business and further increase revenues.

What is Augmented Reality?

Before we get stuck in, it’s worth having a look at just what exactly AR is. Augmented Reality (AR) is an interactive technology that superimposes a computer-generated image on to a user’s view of the real world. Effectively, what this means is that you can look at your phone screen, and by using the camera, AR will create an image on your phone as if it was appearing in real life. The simplest example of this would be Snapchat filters. Snapchat allows people to take photos of themselves in different guises such as dogs and other animals by superimposing filters on to their faces. With Pokemon Go, users would look through their phones just as if they were taking a picture and in front of them, tiny computer-generated monsters would appear on their phones, the challenge being to try and catch them all!

Augmented Reality can be applied in areas other than gaming. For retailers, Augmented Reality allows their customers to view products as if they had already purchased them for their home. Amazon even patented a mirror earlier this year that allows users to see themselves in different clothes, though this has not come in to production just yet.

Stand out from the crowd

The eCommerce marketplace is becoming increasingly more saturated, online giants such as Amazon and ASOS have cornered the market on a whole range of products, and their convenience and low prices mean many customers gravitate towards these sites for most of their needs. This means online retailers have to fight harder than ever to attract customers. Augmented Reality has been proven to decrease a website’s bounce rate as shoppers spend longer viewing products, and the longer a customer stays on your website, the higher the chance they will buy something. Currently Augmented Reality isn’t being utilised to its full potential, meaning that eCommerce retailers that can implement AR in to their strategy will have an edge over the competition. Of course, AR cannot be used on its own. If you read this ecommerce international case study by Freddie Chatt, you will see the important role that international SEO can play, so it is vital that Ar is just a part of your approach.

In 2016, Retail Perceptions published a report on the Impact of Augmented Reality on Retail. This report predicted that by 2020 revenue generated from Augmented Reality would be around $120 billion, highlighting just how powerful a tool Augmented Reality can be for attracting new customers. The same report also found that 40% of the 1,062 people surveyed would be willing to pay more for a product if they were able to experience it through Augmented Reality, and that 61% of shoppers prefer to shop online at stores that offer some Augmented Reality.

Try before you buy

As previously mentioned, one of the issues that eCommerce businesses face is how they allow consumers to see and try products before they buy them. In Brick and Mortar stores, if a customer wants to buy a new jacket or shoes they can simply try them on and look in the mirror, however online retailers don’t have this touch and feel factor. Augmented Reality goes someway in bridging this gap as it allows users to immerse themselves in the product. While they cannot physically touch an item, they can view them in a way like never before.

Augmented Reality allows shoppers to tell the website their preferences which then allows the company to tailor the kind of things a user sees. It also allows users to see items in different styles and colours making the experience much more personalised and unique to each shopper. Asos, the online fashion retailer, is currently trialling a feature whereby users can see certain clothes on different models allowing users to see how the clothes look on body types that are closer to their own. Ikea launched their Augmented Reality in 2017, this ingenious app allows users to see exactly how an item of furniture would look, but more importantly, fit, in their home. Even customers that visit Ikea’s brick and mortar stores will sometimes mis-measure and buy furniture that doesn’t fit where they would like it. Having an app that can show you if something will fit or not is revolutionary and gives their ecommerce business an edge

While some may have dismissed Augmented Reality as just a flash in the pan tech trend, it is becoming clear that it is far more than a passing fad and is a real opportunity for eCommerce retailers. Augmented Reality allows a truly unique and customisable brand experience that will keep customers engaged and leave a lasting impression. AR also allows brands to stand out from the crowd by offering different and unique experiences for shoppers. Retail Perceptions’ report on AR highlights that implementing this new technology can have a positive impact on sales and that it is something that online shoppers are interested in.

Augmented Reality is likely to become an industry standard for ecommerce websites and mobile sites, meaning that businesses adopting this new technology now will be able to future proof their sales and guarantee to continue to attract new business.

Starting an Online Business in 2020: Why You Should Do It & How You Should…

Do You Know How to Uncover the Top Risks in Your Organization? Business operations involve…