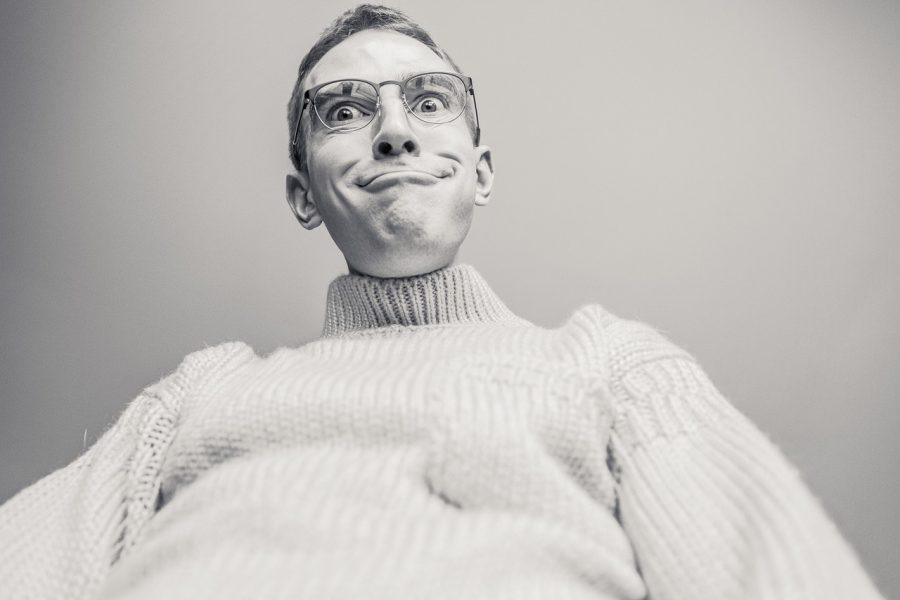 The Weirdest and Worst Interview Questions Ever Asked

‘What’s your greatest weakness?’, ‘Tell us about a time where you showcased leadership skills’, ‘How do you overcome challenges in the workplace?’ Every person who’s ever been for a job interview is probably all too familiar with these mundane and soulless questions that seem to rear their head at whatever, and whichever interview you may find yourself at.

Predictable, repetitive and boring to the next degree, interviews often seems to be based around who can reel off the best prepared answer, rather than who may actually be best at the job.

But is every interview really that predictable? Woodrow Mercer took to the streets of the UK to uncover some of the most unusual, whacky and downright weird interview questions people have been asked, and some are shocking to say the least!

A surprisingly common question, a lot of people revealed that they’d been asked to compare themselves to food in order to secure their place for a job. With interviewees reporting that they’d been asked what kind of fruit, sandwich and chocolate they’d be and why, it would seem that for some companies, it’s the stomach that’s the real window to the soul.

Similarly a multitude of interviewers seem to think that superheroes can reveal a lot about a person, as many people recalled being asked about their favourite superhero and what their dream superpower would be!

However when it comes to the truly weird, some responses stood out more than others!

Some interview questions were undeniably downright strange, as one woman recalled a time where she was asked to make an animal noise during an interview, and another recounted being asked “Would you rather fight a horse sized duck or a duck sized horse?”. Whilst still another revealed “I was once asked what time I was born, to which I replied I have no clue! They were desperate to know so it resulted in my mum and I calling the hospital for my birth record! Still to this day, I don’t see how this had any relevance to the job I was applying for?!”

And then there were those that were bizarrely specific, as one interviewee remembers being asked “If you were a piece of science equipment what would you be?” whilst another recounted in confusion the time where “I was asked what type of excel formula I’d want to be”.

Of course there were also a few interview questions that were more logical (though albeit more than a little out there) as one person recalled “I was once asked to give one reason why my interviewer should definitely not hire me!” as another was asked the slightly more classic “If you could invite anyone to a dinner party, who would it be and why?”

However, the sad truth is that not all of the interview questions people get asked are either fun or original. In fact some are shockingly degrading and outdated to say the least.

One woman recounted the moment her interview took a sexist turn as she related “I was asked how I manage child care and work – I proceeded to ask if his wife managed every aspect of his life so that he could work. To which his next question was ‘Are you the main breadwinner then?’. I simply replied ‘Would you ask me that if I had a penis?’. Suffice to say I didn’t get the job’.

In fact these types of inappropriate questions were sadly a common recurring theme as one man recalled being asked if he had a girlfriend when interviewing for a job, whilst another woman recounted being asked by a male interviewee “What went so wrong in your childhood that you decided to become an engineer?”

Indeed one woman described a shocking moment where “I had to go for an interview straight after work (I worked in a hospital), and so I asked if it was ok if I came in my nurse’s uniform. The man who was interviewing me (in a creepy way) said that it was fine by him and that it would be even better if I wore a leather outfit!”

Sarah Large, marketing manager at Woodrow Mercer comments “Experiences like these at interviews are shocking to hear about, and it leaves a lot to be said about the interview process in general. Though it may be great to hear about the quirky and the unusual interview questions (and there’s definitely room for a little more fun in the interview process) the fact that some people are still experiencing degrading and inappropriate questions is simply awful.

“Those who conduct interviews should be under just as much scrutiny as the interviewees. After all they’re being judged too, and it seems more apparent than ever that this balance of power needs to be addressed.”

Do broadcasters have a responsibility to bring niche sports to new audiences? There are hidden…