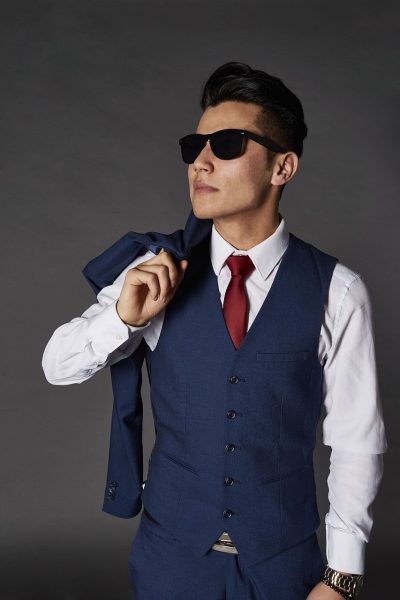 How to Become a Manager Before You’re 25

As of 2016, millennials became the largest generation in the workforce. In 2020, they’ll make up over half of all workers across the globe.

In the wake of this shift, we’ve now seen a rise in the number of millennial managers as businesses become more and more influenced by a younger generation who can make decisions that shape their workplace.

Since UK call-handling specialists CALLCARE employ so many fantastic millennials at,  they asked the question: what does the future look like with “80s and 90s kids” at the helm of the labour market? And if you’re just at the beginning of your career, what can you do to get to an influential position before your early 20s are over?

CALLCARE spoke with some inspiring professionals who have landed impressive roles at a young age, here’s how they did it:

Billy Dee, Head of Diversity PR at Thinking Hat PR, was headhunted for the position of PR Manager for Ministry of Sound – at the time the world’s biggest independent music company – at just 25 years old.

Her advice for others looking to do the same is to set goals you want to hit. “Set solid yearly targets and stick to them as if they are life or death. I was determined to be a manager by 25 and when it became clear my current company weren’t going to allow that, I immediately started searching for somewhere else that would.”

Setting goals helps you measure your progress against your own ideals, which helps motivate you to step up when there’s a new opportunity you can take.

Get ahead of the game

Graduating from university can leave some people feeling lost and uncertain about the future, but some students can secure a career path ahead of time by working in the summers between semesters.

Sarah Benson, now an Account Manager at KC Communications, landed a management role because of the hard work she’d put in with the business over the course of her degree.

“After I graduated,” Sarah says, “the Directors sat down with me and discussed the opportunity of an internal promotion to fill the role rather than recruiting externally. They explained that they felt I had an in-depth knowledge of the accounts and proved I could take on the responsibility.”

Sarah now manages two people in current role, but has ambitions to become an Account Director before she turns 30. She credits her success to her proactive approach while at university.

“I very much believe that taking advantage of work experience in the sector you wish to work in during University is absolutely vital in getting ahead and ensuring that you don’t end up walking into a graduate-level job on a basic salary.”

Do what you enjoy, even if it’s not what you expect

The pressure to go into a field that relates to our degree can be almost overwhelming, but it’s not necessarily the best choice if you want to progress.

“I felt like a huge weight had been lifted,” said Jodie. “At the accountancy firm I felt like a tiny cog in a huge wheel, whereas now I’m part of a small close-knit team with real influence.” Her passion for the role has quickly taken her into a position of influence, despite the fact it didn’t align with her initial idea of what she wanted to do.

The most encouraging thing for young professionals to recognise is that many of the old unspoken rules in the workplace are being challenged. With every success story of a young person in business, companies around the world are rethinking what constitutes a good manager, looking at the skills of their employees, rather than the years they’ve racked up.

Those that can embrace self-development early on and find a role they’re passionate about can quickly climb the ranks to land themselves a role that’s both challenging and rewarding.

Think you might be a natural-born leader? Take our test to find out what kind of leader you are!