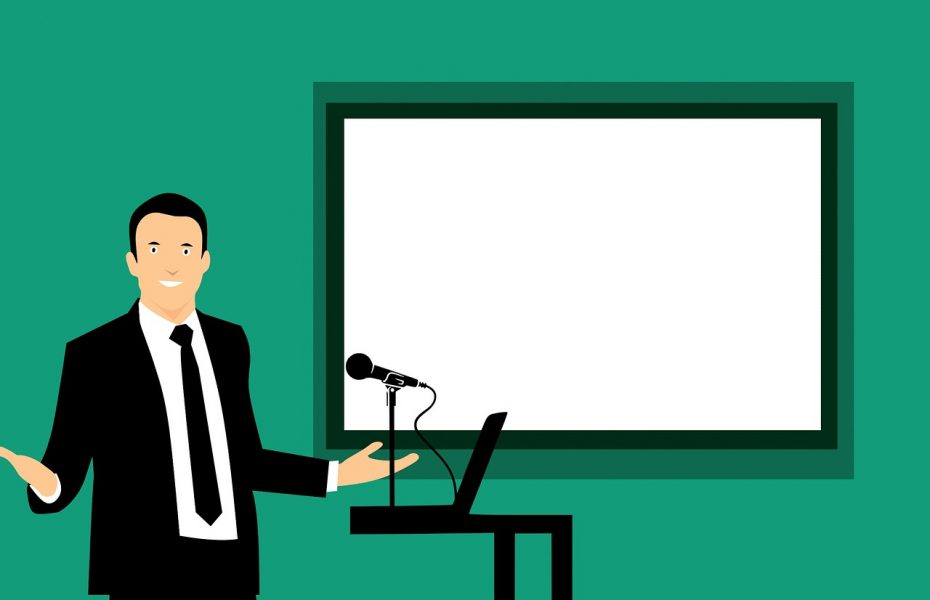 How to avoid the pratfalls of pitching: the Top Five barriers to public speaking

One of the most accomplished recoveries in public speaking came from the Prime Minister at this year’s party conference. In a reference to the previous year’s disaster when letters fell off the inspirational message behind her, she said: “I’ve been up all night gluing the backdrop.”

Theresa May is no orator and her discomfort behind the lectern is palpable, but her audience loved that line. They also appreciated her awkward dancing on to stage as a self-deprecating reference to her much-derided dance performance on a recent African visit.

These were not instant recoveries. Yes, Mrs May had time to think about it and help with her laugh lines. But the point is that she had a couple of public mishaps and was aware enough to use them to her advantage during another crucial speech.

How to deal with the excruciating embarrassment of getting it wrong in front of an audience of strangers who have no vested interest in seeing you succeed is one of the nightmares which haunts every public speaker, from those giving a simple presentation in the office to the cruel spotlight of the world stage.

Making speech is a skill which cannot be learned overnight. It takes practice and that practice necessarily has eventually to take place in front of a live crowd. Mrs. May has practised hard to be merely competent.

It also takes heightened energy levels and self-confidence, both of which deserted her last year. Preparation and practice are crucial, but there are many pitfalls, such as playing it too safe, presenting too much material, rushing through it and taking yourself too seriously. An audience likes someone with whom they can empathise.

Here are five answers to commonly asked questions from people who want to avoid the pratfalls of pitching.

What if you blank?

It happens, even to the best. Sometimes the Gods are not with you. Learn from it, forgive yourself, move on. Think positive thoughts and get yourself in the zone before you go on. Really though, proper preparation can prevent blanking, so have a plan and know where you are going. And practise, especially the first few minutes. Too many still speak without effective preparation, thinking the slides will do the trick. They won’t.

How do you deal with interruptions?

Few of us need to present in overtly hostile environments too often; if that’s happening you might want to consider a move. Confidence and assertiveness are skills everyone needs 24/7 and never more than when presenting, but one big mistake speakers make is to say at the beginning they will take questions at any time. In other words, you invite the interruption. Having a facilitative style is all fine and dandy but if it compromises delivery you need to choose when to invite the interruption and set expectations at the outset. Tell the audience when you are presenting and when you are inviting questions.

How do you persuade if your topic is boring?

There are no boring subjects, only boring speakers. Making the emotional connection is an attribute all effective orators have and there are many ways to do it, the most dangerous and difficult being humour. One key thing to note is that humour is not the only way to connect with an audience. Find a good analogy or case study (but don’t go on about it for too long…), ensure your speech is personalised and not jargon-filled corporate nonsense and having great, impactful visuals are all tools that persuade.

What if you have a tendency to waffle when you are nervous?

Preparation, preparation, preparation. Many worry about blanking when the bigger danger is going over time by using 100 words for what might be said in ten. Nerves play a part, to be sure, but often the seeds of the waffle-tree are sown in poor preparation. Speak to the purpose, check your draft against that purpose, be disciplined with time, know the details might appeal to you more than your audience and stop yourself by having notes that tell you to move on.

How do you speak to the whole audience when they may all want different things?

The short answer is to be a good speaker who knows how to connect. The other important thing is not to worry that every word you utter is understood by the audience If, in your preparation and delivery, you obsess about the minutiae you’ll miss out on the big picture.

Russell Wardrop is co-Founder and Chief Executive at Kissing With Confidence.

How start-ups can ignite their post-pandemic sales recovery  By Paul Fifield, CEO of Sales Impact…

Can Your Store Thrive During the COVID-19 Pandemic?

The COVID-190 pandemic has ruined many businesses. With less foot traffic and shoppers fearing the…