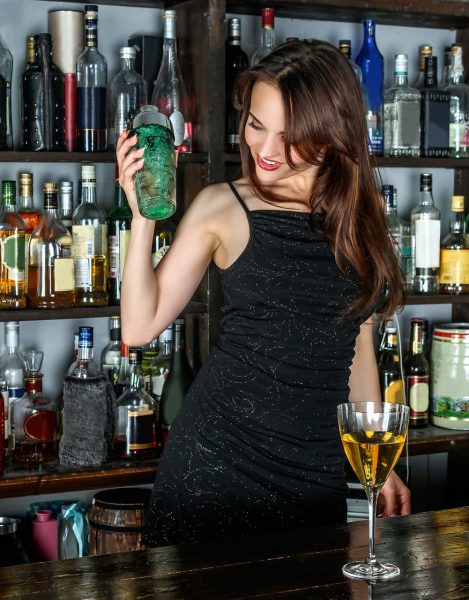 The worst things to happen at a works Christmas party…

Office romances, David Brent dancing and an open bar: the annual office Christmas party is often the hub of memories that you’d rather just forget.

Often, alcohol becomes a catalyst for inappropriate behaviour and fuzzy memories. But what happens when you are in the presence of your boss and other work colleagues? Despite wanting to maintain a professional etiquette, this is often the last thing that happens at a Christmas do…

Woodrow Mercer took to the streets of the UK to find out your weirdest, worst, most embarrassing (and some downright creepy) stories from works Christmas parties. Sometimes, it is just not possible to avoid these awkward moments.

We’ve all had one too many drinks and regretted saying something the next day. However, the post-night hangxiety may be worse when it happens in the presence of your boss. But what happens when it is the boss that embarrasses themselves? One woman recalled the time that her boss at Jamie’s Italian got up on the table (dressed in nothing but his birthday suit) and gave everyone a startling performance. One man cringed at the time he was caught dropping some shapes with the bosses wife. Another woman spoke of the time that she caught her boss in the act with her younger sister- another very awkward experience.

One Global Head of Design revealed a time where he took full advantage of the free bar without realising that he was soon to be the recipient of an award presented by the company’s CEO. However, before he could receive the award, the alcohol had consumed him. It wasn’t until Monday morning at work that he realised his unconscious self had made it onto the internal Christmas newsletter.

However, what happens when something rather sinister happens? A story to send a chill down your spine was told by a man who recalled the time when his works Christmas party was hosted in an old country manor house. Drinks were flowing and everyone was feeling sufficiently merry. The next morning, one of his colleagues woke up in a shower covered in someone else’s blood. Needless to say, he was sacked the next day. Everyone at the party proceeded to sign a non-disclosure form so that the story was not leaked to the press. Mystery still lingers around this story to this day. Creepy stuff.

Another woman had an unfortunate occurrence which left her with two broken legs. After standing on a rotting, wooden balcony at her Christmas party, it eventually gave way and she fell to the ground. Whilst most people leave their Christmas-dos in a taxi, this woman was airlifted to the nearest ambulance to fix her two broken legs. Ouch.

Other stories from participants included hair setting on fire, allergic reactions, bosses overhearing disgruntled employees, streaking and (not so secret) office romances. However, jokes aside, Christmas parties often indulge the excess and could result in having adverse impacts on employee’s careers. Although things might seem funny or appropriate at the time, you may feel differently in the sobering light of day.

Woodrow Mercer’s Marketing Manager Lauren Hartill comments, “We hear of all too many cringe-worthy stories from Christmas parties. It is always important to remain coherent and responsible, despite the fact that others may not. We spoke to many people who woke up with regrets the next morning- worried that the things that they said or did could have negative consequences to their careers. As long as you drink sensibly and avoid office gossip, Christmas parties can be an excellent way to bond with co-workers and let your hair down.”

To help you to avoid embarrassing yourself at your own works Christmas party, Woodrow Mercer has some tips to help you wake up in the morning dread-free:

Remember to limit your drink consumption to avoid any embarrassing encounters on Monday morning.

Do not confess your romantic feelings towards any of your co-workers if intoxicated.

Do not linger by the DJ and request songs every few minutes.

Do line your stomach before your party.

Do take yourself home if you start to feel ill- you do not want to become someone else’s responsibility.

Can Your Store Thrive During the COVID-19 Pandemic?

The COVID-190 pandemic has ruined many businesses. With less foot traffic and shoppers fearing the…

Safety at the Workplace

5 Tips for Employee Safety Employees in the manufacturing industry are prone to various risks,…

How Do You Protect Your Business Premises from Wear and Tear? All businesses have to…