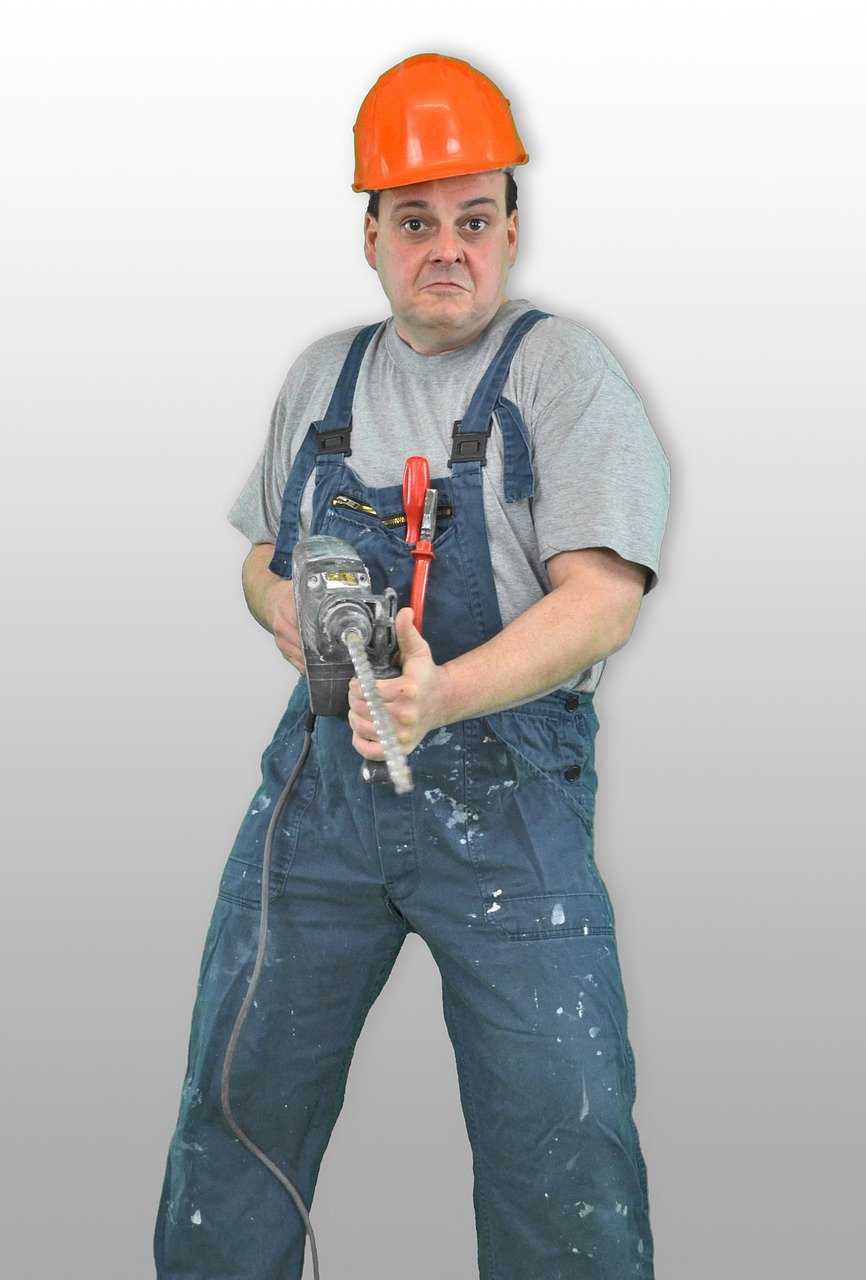 The start of a new year often spurs a mass migration to the nearest DIY outlet as we look to hit the ground running and spruce up our homes, fuelled on the best intentions of fixing that dodgy shelf or finally painting that neglected spare room.

However, leading tradespeople comparison site HaMuch.com, has looked at some of the biggest DIY mistakes made during January and what you can do to ensure you avoid some of the most common cock-ups around the home.

On average, it can cost as much as £3,208 to right a DIY wrong which can make a serious dent in your savings, particularly while your account remains on life support following the festive blowout.

Believe it or not, some of the most common DIY mistakes are considered the easiest job with wallpapering, putting up shelves, painting, fixing a toilet flush and unblocking a drain often those that go wrong the most regularly.

Here’s what not to do in order to DIY like a pro.

USE A SPIRIT LEVEL

It’s the most simple and obvious tip, but the majority of us neglect the spirit level when putting up shelves. What should be a five-minute job then takes a lot longer with wonky shelves leading to multiple holes drilled which requires further filling and wallpapering or painting to rectify.

A £10 spirit level will ensure you get the job done the first time around saving you money on the other materials needed to put right a bodged shelf.

Keep it simple and neutral

Wallpaper and paint are a cost-effective way to transform a room but keep it simple and neutral. We often underestimate the amount of paint needed and super expensive paint can cost you a bomb if you have to go back for a second or third time. Likewise, fancy wallpaper may seem nice, but if you have to constantly cut to match fancy patterns, you will need more rolls and will create more waste. Stick to neutral patterns and colours to save on money and time.

It’s rarely that much quicker and often requires you doing half the proper job without finishing it anyway. For example, the winter can often bring wet weather and cause your door to stick due to a swollen frame. A quick plane of the wood will sort that out but all too often we leave the job there and reattach the door.

While it’s off the hinges, be sure to paint the exposed edges with oil-based primer as if the wood isn’t sealed it can absorb more water and your back to square one, or worse, in need of a new door altogether.

Spend money to save money

It might not seem the best way to save money but don’t be the workman that blames his bad tools. Buy better and the job will be better and last longer. For example, don’t buy the most expensive paintbrushes on the market, but don’t buy cheap, they have fewer bristles which give an untidy finish and often requires more coats of paint which brings a greater cost.

You’ll also spend your life picking bristles off of your paintwork where they have come detaches more easily from a cheap brush.

A bespoke job might look the business once finished but if you’re playing around with walls or floors work out where your pipes and wires are, you’ll inevitably need to access these in the future and having to tear apart the new wall or floor is far from cost-effective.

We’ve all done it. We won’t drip paint anywhere. It’s not worth the 10 mins to put a sheet down or use masking tape to protect the skirting board. WRONG. Paint has a mind and body of its own and will jump off the brush regardless of how careful you are.

Take the time to prepare your area and protect anything that doesn’t need to be painted otherwise, a cost-effective quick lick of paint can turn into a much longer task, or require new carpets, sideboards and more.

Ideally, you want to drill into weight-bearing stud work behind your plaster to ensure any shelves or other additions are well supported to avoid any injuries later down the line. This will also save on the material costs of putting them back up when they do collapse.

At the same time, know where your pipes and wires are to avoid any serious injury or damage to you and your home. A burst water pipe is very expensive compared to the cost of a shelf.

Finally, if you do it a stubborn support stop drilling. Drill pieces aren’t cheap, and you won’t win.

It’s age-old advice for a reason. It doesn’t matter whether it’s wood, wallpaper, carpet or any other material. Rushing in with the scissors or saw can require you to cut again, wasting the original piece of material and your money along with it.

Primers are your friend

Many of us feel out of our comfort zone when going above and beyond your basic tin of paint. However, stains happen and when they do it can take tins and tins of water-based emulsion to cover and even then it will still show through. Don’t waste your time, paint and money, get yourself an oil-based prime or spray, apply to the stain to seal it and then cover it with your paint of choice first time around.

“A new year and a refreshed motivation to sort the house out will see many of us attempt a DIY job that will inevitably go wrong and while the temptation to save money will ironically drive this, it can often be more cost-effective to get a professional in.

There are plenty more pressing matters in life during the long month of January such as the new gym regime, the new diet, resisting alcohol and saving for a getaway in the sun, but if you do decide to add DIY to the list, follow these tips and smash it the first time around to avoid any further costs rectifying mistakes.”

10 Reasons Why Better Inclusion Will Help Businesses Bounce Back  The pandemic has been isolating,…

Demystifying company car schemes If you’re an employer, how do you recruit, motivate and retain…

The Hidden Running Costs of Being a Landlord To the uninitiated, being a landlord might…