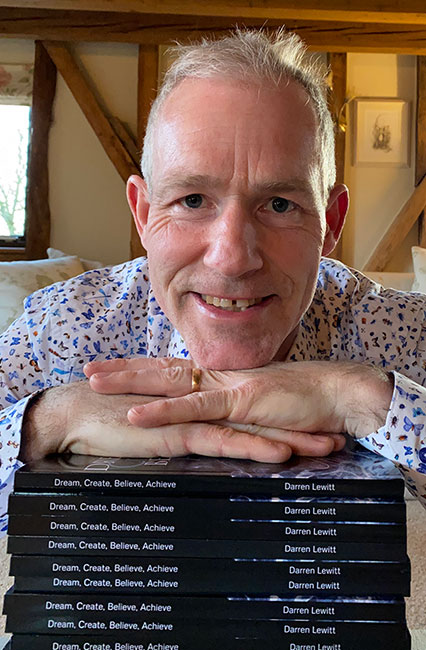 Could you share your background and path to success?

I was brought up in Leicester and growing up held onto the dream of many young lads of becoming a star footballer but when the dream did not become reality, at the age of 18 I made the decision to join the Royal Air Force. I dedicated 7 years as a technician on surface-to-air missile systems and early-warning radar. My time with the Royal Air Force taught me a strong level of self–discipline and the importance of working in a strong team unit which set me up for my next challenge, moving to Norfolk joining a small IT company named Midwich.

Having worked my way up to the top, I spent my time immersed in all aspects of the role, trying to learn all I could to grow in not only my job but the business and would later be in a position to drive the business forward to success, to become the largest specialist audio visual distributor in the world having acquired 13 companies, operating across 7 countries.

In 2015, I decided to sell my ⅓ stake in the company and focus on giving back and helping others in the form of mentoring and coaching, setting up the just2Achieve Academy with individuals and businesses in mind. I also volunteer with a number of causes including as a Academy Advisor working with students to inspire them towards their future goals and Volunteering Matters becoming a ‘Grandmentor’, mentoring young people leaving the care system, which I am proud of my work helping the charity win the National Mentoring Award in 2019 and more recently being announced as a finalist in the ‘Leaving Care’ Award from The National Children and Young People’s Awards.

I have also written and published my debut book ‘Dream, Create, Believe, Achieve’ sharing the lessons I have learnt over the course of my career to inspire others and remain positive to reach your goals and to look for the solution in any scenario.

What has been your biggest challenge in your career?

The biggest challenge in my career was setting a strategy to have a fellow director removed from his post. A new Sales Director had been appointed and instead of talking stock and making changes for improvement, he systematically set out, piece by piece to put his stamp on the company and started to destroy the ethos of the company. Motivation dropped and people started to leave. It took me 18 months but through proper feedback and documentation of events he finally realised his direction wasn’t compatible with those of our company and our people. The next 10 years would see us buy 13 companies and evolve into the world’s largest company in our field.

What led you to write your book Dream, Create, Believe, Achieve?

Over the course of my own career development I have created, worked and lived by a series of mottos and quotes as well as a positive outlook and ability to look for a solution in any scenario. Since leaving Midwich and dedicating my time to helping others I felt this was a great time to put my thoughts down onto paper as a tool to inspire others that they can achieve their goals with the right amount of planning and preparation as well as self-belief.

What is your favourite motto?

My favourite motto in life and in business is ‘Fail to Prepare, Prepare to Fail’. Having a successful career in business as well as mentoring, I have seen the effects of inadequate planning. Using the question “What if?” to review possible scenarios or plans will prompt productivity in your mind and will help to push you to reach where you want to be.

What has been your proudest moment?

My proudest moment was winning our first ever award. In 2003 we won the AudioVisual distributor of the year, the first time an IT company (which we were at the time) had ever done it. That was a milestone moment, the first of 20 awards we would win before I decided to leave the company a decade later.

What are three pieces of advice you would give to readers in these uncertain times?

Darren Lewitt is one of the most successful entrepreneurs in the East of England, UK and a great role model of how someone can start at the bottom and rise to the top using pure determination, self-belief and an abundance of creativity. Having transformed Midwich, a small IT company in Norfolk, from a £10 million pound business to a £370 million pound international operation, Darren had achieved his goal and subsequently sold his ⅓ share in the company. Keen to embark on his next challenge, he has since focused his efforts on mentoring and coaching, working with people from all walks of life. He is particularly passionate about mentoring young people who are leaving the care system and received the National Mentoring award in 2019. Most recently, Darren published his debut book ‘Dream, Create, Believe, Achieve’ (Amazon, £10). For more information visit www.darrenlewitt.com

Nicola Schutrups is the Managing Director of The Mortgage Hut, a mortgage brokerage founded in…

“Technology is revolutionising all aspects of our lives, and beauty is no exception. This is…

Jayne Clark-Denyer is founder and CEO of Organically Epic, an independent natural and organic dental…