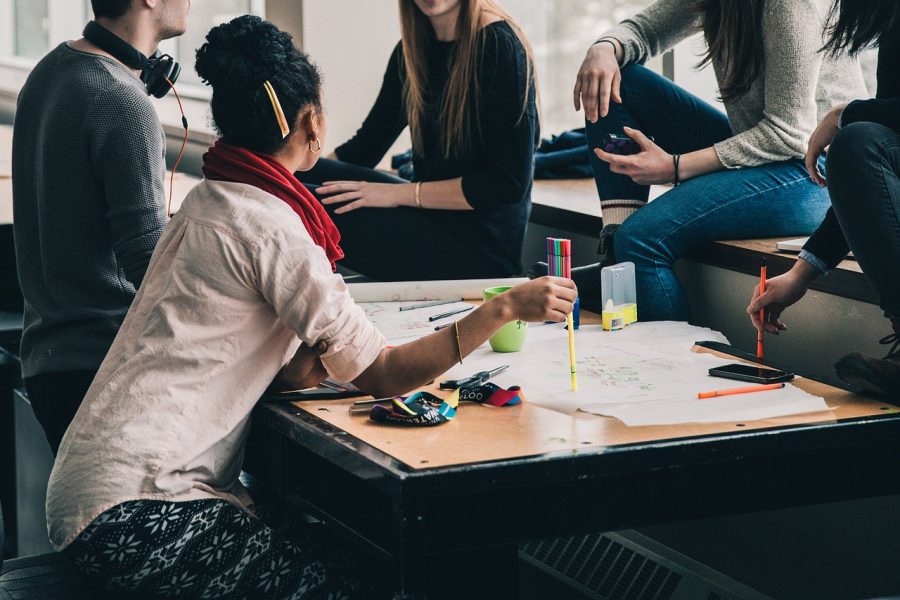 We all know them: Facebook, Microsoft, Snapchat, FedEx, TIME Magazine, Google, Reddit… companies that were all started from a dorm room on a university campus.

Look again, and you’ll also notice they were all started on an American university campus.

Today in Brexit-Britain, there is much talk about how the UK needs to be more globally ambitious, to re-awaken the pioneering spirit of the Victorians, and to be a future hub of tech and commerce.

While media and politicians argue about the structure of laws and regulations, the real future of our success will rely on the next generation of ideas, entrepreneurs and businesses.

Looking ahead, the scope of opportunity is enormous.

Such will be the transformation in the global economy that a 2017 Report by Dell Technologies (another company started at an American university) estimates that 85% of the jobs that will exist in 2030 haven’t even been invented yet.

If Britain is to thrive in a post-Brexit world, we need to be the birthplace of whatever revolutions there are to come. We need to harness the brainpower of our centres of learning and awaken the entrepreneurial spirit.

History has shown time and again that the real game-changing businesses have often been spawned by a spotty undergraduate. So, to that end, here are five reasons to encourage the students amongst us to launch new ventures sooner rather than later:

1. You will never have more time

University terms are short, often less than 25 weeks short – that’s less than six months, leaving a whole half-year to conceive, build and test your business idea. You’ll be lucky in a job to get even 25 days off a year, let alone 25 weeks, so it’s a golden opportunity to plan and put your business in to practice.

2. You will never have better access to cheap talent

In the real world, brainpower is a rare commodity and costs money. At university, though, it comes in abundance. People are often willing to code online platforms, design awesome logos and construct complex algorithms for little more than a few pints in the student union. These same guys will be charging big bucks in a few years to come, so make the most of them now.

3. You will never have less opportunity cost

Starting a business takes commitment and sacrifice. But the sacrifice required at university is less than it will ever be. Give the hangover a miss, skip the daytime TV, and set about making your millions. Later in life, a new business usually means leaving a job and putting your career on hold. Watching your old colleagues win promotions and pay rises when you’re struggling to get off the ground can be a testing time.

Yes, students are poor. But they also have great access to cheap finance, and enjoy guaranteed support from the government for at least three years to help with housing and food. Of course, a student will have less income than a young professional; but they also don’t have three kids, a mortgage and a lease car. That’s a lot of money going out when you have no job. Moreover, bursaries and grants are much easier to find at universities, helping you to kick-start your venture in the most affordable way.

5. You will never have less fear

It’s practically impossible to emerge from university as a business failure. Even if your big idea doesn’t work, you now have valuable experience and many years ahead of you with the opportunity to start again. On the flip side, if your business keeps its head above water through your undergraduate years… then you’re a student super hero.

What Car is Best for Your Business?

When you’re searching for a car for your business, there’s a lot of factors you…